Hidden in the hollow and behind high walls, quietly stands St Davids Cathedral, Pembrokeshire,in this beautiful valley of Glyn Rhosyn with the River Alun trickling by.  It was built to be hidden from invaders.

Legend states that Non gave birth to David on a cliff top near St Non’s Retreat, during a violent storm.

In the sixth Century, St David died having founded a monastery at this site.

In the twelfth Century Pope Calixtus II declared the Cathedral to be a place of pilgrimage. It was decreed that three pilgrimages to St Davids was equal to one to Rome.  Read and find out further information at St Davids Cathedral website.

As you enter the nave, the oldest surviving part of the cathedral built in traditional Norman style, the first things you’ll notice are the sloping floor and the outward lean of the massive, purplish-grey pillars linked by semi-circular Norman Romanesque arches, a result of subsidence.  The effects of a 13th Century earthquake, hence the wooden ceiling rather than a stone vault.

There is so much to see in the Cathedral.

Visit the shop and the Refectory for a welcome cup of tea or coffee. 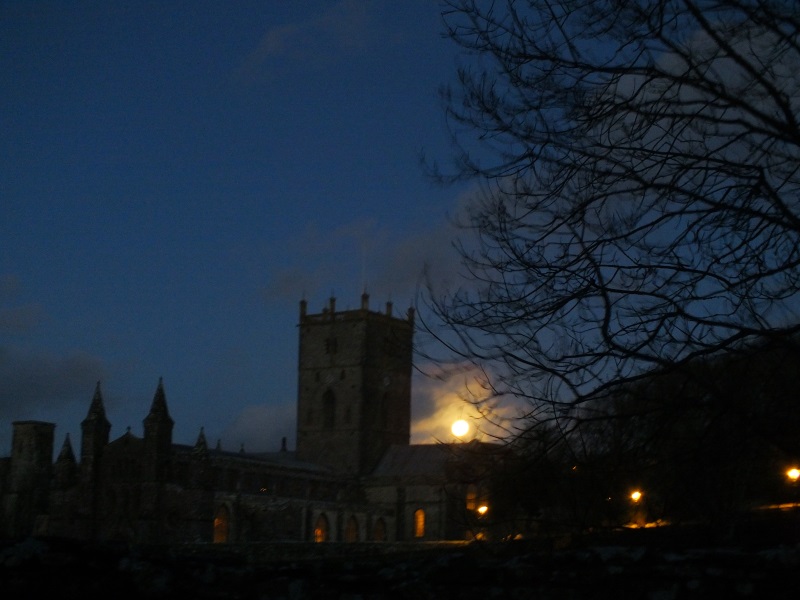